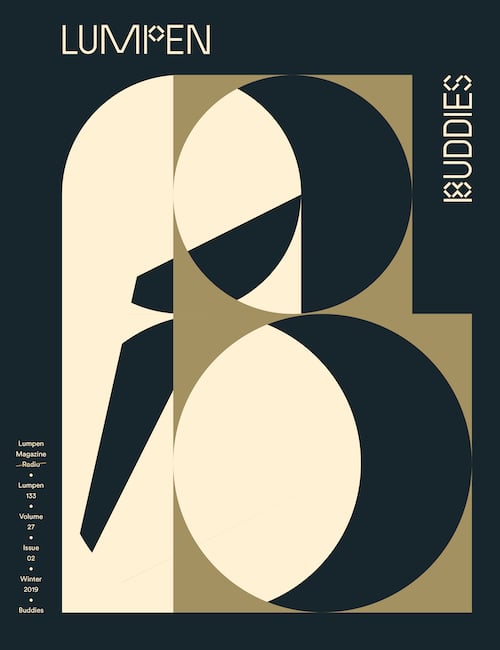 Lumpen Magazine has been continuous conversation between friends about the kind of world we want to see and create.

Believing that the freedom of the press belongs to those who own one, Lumpen started out as a stapled and collated zine distributed on a college campus, mutated into an alternative free circulation monthly based in Chicago that took on local issues and highlighted DIY culture, and eventually went national with a glossy cover. Then the evolution of the internet and a lack of funding almost killed it. By the turn of the century it emerged out of the dot com age as the widely viewed supersphere.com multimedia website that had thousands of underground music videos concerts and publications cu- rated into a portal for the underground. Lumpen then arose from the death of the dot communism era as an arts and activism festival producer, a reimagined quarterly independent arts politics and culture magazine, spawned a record label, a multimedia arts org, several more publications, and helped found a space called Buddy. A space that hyper charged everything.

Buddy was the incarnation of a Lumpen aesthetic that came to life. The space was a home to wild parties, insurgent art shows, radical art and activism performances, cable tv shows, pirate radio, experimental music concerts, organizing seminars, band practice, and so much more. The space became a hub and think tank for producing cultural movements, and the magazine amplified and covered the maneuvers and activities of those within the Buddy circuit and its allies in independent Do-It-Together culture around the world. The proximity and the circulation of so many radical people helped it manifest an untold amount of threads of activity, whether it was musical, literary, visual, or theoretical. Buddy became the engine for activity, any activity that would help us create the world we wanted to see.

But it couldn’t last. The forces of the market and the uncertainty of chance splintered the accidental parallel heterotopia we had created. So we mutated, and those three years of buddy became a crucible for what would come next. Many of the buddy people moved to the south side of Chicago and we founded a new much larger space, the Co-Prosperity Sphere, in our newly designated Community of the Future. We hosted even more wild parties and awesome shows. We launched a few more magazines, produced even more ambitious festivals and art fairs, opened pop up and satellite galleries around the city, and traveled the world to spread our ideas and networks to those that were engaged in the front lines of the cultural wars.

Anchoring all of these projects facilitated through the experimental cultural center of Co-Prosperity Sphere was Lumpen Magazine and it’s sister publications, Proximity, Pr, (Con)Temporary Art Guide Chicago and others that chronicled the secret histories of underground art milieus, renegade activists and controversial ideas related to exquisite and socially relevant art we helped create, amplified and/or supported.

In the age of social media and hyper surveillance where we have become the product we consume, Lumpen continues to mutate its strategies in the war against monoculture of global capital and its attendant infotainment. We continue to publish magazines, opened some real world spaces like the bar, Maria’s Pack- aged Goods & Community Bar, a street food restaurant called Kimski and craft beer utopia, Marz Community Brewing Co. We also launched an FM radio station called Lumpen Radio on 105.5 fm that brings low power radio to the people. Local and universal ideas, Chicago- based and internationally respected DJs, producers, students, artists, activists and musicians use it to transmit their ideas and love of music to the airwaves and online. This continuous broadcast of our desire for beauty, hope for another world and communication of human longing for connection drives us 24/7.

Throughout the existence of Lumpen Magazine and all of it attendant projects, incarnations, wild ideas, spaces, business endeavors and transmissions, the only thing that has kept it going and inspired us to keep on keeping on were our bud- dies. Our collaborators: the friends we’ve known, those that we now know, and those we’ve yet to meet.

This issue is an introduction to some of our buddies that make it all happen through their projects, spaces and communities. We will continue to connect the dots to all of these visionaries, experimental artists, and activists of all stripes as we move forward in creating more new spaces, publications, projects and endeavors, in places all over the world.

This issue is dedicated to our buddies.

We want you to become one as well.